Throughout Trego County you’ll find unique white rock formations breaking through our vast prairie. These chalky outcroppings are evidence of the great Western Inland Seaway that divided the North American continent millions of years ago. Today, you’ll find the same rock has been used in many of the most notable buildings you’ll find on the Great Plains.

The majority of the limestone found within Trego County’s borders is classified as Niobrara Chalk, a geologic deposit created between 85 million years ago during the Late Cretaceous period. It is a soft stone formed from calcium deposits that easily flakes apart to reveal fossils of plesiosaurs, mosasaurs, pterosaurs, sharks, and primitive aquatic birds.

Geological maps show the largest deposits of Niobrara Chalk limestone are located in the southern section of Trego County in the Smoky Hill River Valley, where you’ll find exposed sections at Cedar Bluff Overlook in the Cedar Bluff State Park and Castle Rock southwest of Collyer. More examples are to be found at Monument Rocks in neighboring Gove County and at Little Jerusalem, Kansas’s newest state park which is located south of Oakley. For a tour of these sites head south from WaKeeney on Hwy. 283 to begin at Cedar Bluff State Park & Reservoir, then follow the Smoky Hill River Valley west to each of these formations in Trego, Gove, and Logan Counties.

Greenhorn limestone, or Post Rock, is a hard limestone found along Trego County’s eastern border. It was formed during the Late Cretaceous period along with Niobrara limestone and includes many of the same marine animal fossils found in the softer, chalky variety of limestone. Today, it is quarried along the eastern border of Trego County.

Due to the lack of wood on the grassy prairie, Post Rock limestone was a primarybuilding materialin the 1800’s. Many early construction projects in Trego County relied on this hard stone, when city founders Albert Warren and James Keeney created their “Queen City of the High Plains.” Here are a few of the most notable buildings that utilized limestone quarried in Trego County.

Built between 1888-1889, the grand Trego County Courthouse is an American Queen Anne style building. At the time of its construction it featured an Elizabethan frontage and a 100-foot cupola imported from Europe. The limestone used on its exterior is Post Rock that was quarried locally, as well as limestone brought from Manhattan, KS.

The building has undergone a few changes since its construction, but still retains its original limestone exterior. 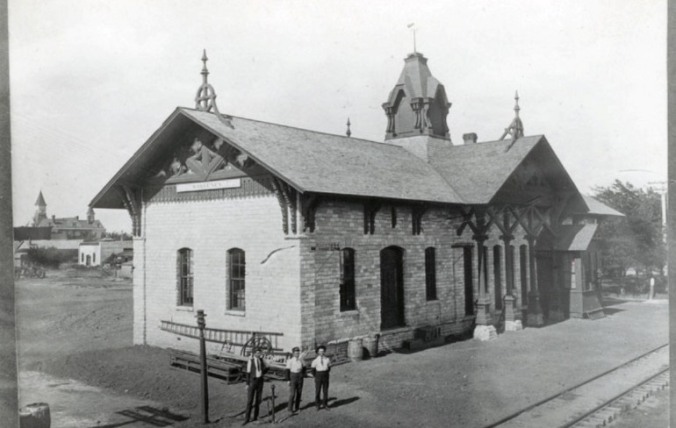 WaKeeney’s Kansas Pacific Railway Depot was an ornate railway station completed in 1879 with limestone found along the Saline River and Big Creek. On July 4, 1879, Warren, Keeney & Co. held a grand celebration to advertise their land sales. The Governor of Kansas was present and made a speech from the new depot’s platform. At the time, the magnificent, stone railway depot was described as the best and most modern facility between Kansas City and Denver.  It was acquired by the Union Pacific Railroad and housed their operations until the 1930’s, and later demolished. 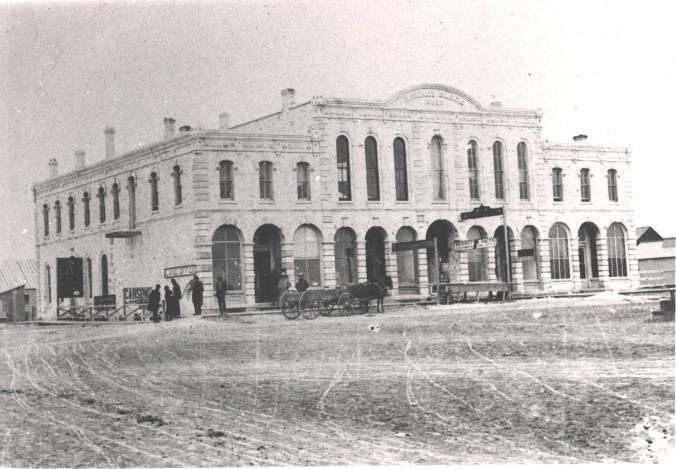 One of the most impressive limestone buildings in Trego County was the WaKeeney Opera House. In 1884, this large, attractive building was the center of WaKeeney’s activities, and  entertainment. It had a seating capacity of 400 and featured ornate murals on the ceiling and walls and a large brass chandelier with Rochester electric lamps. The Oprah House cost $20,000 to build andhoused grocery stores, newspapers offices, land offices, real estate agents, the post office, a bank, the school, and the opera hall. This fine example of Great Plains architecture was destroyed by fire on February 4, 1895 and today the site is home to the Trego County Health Department. 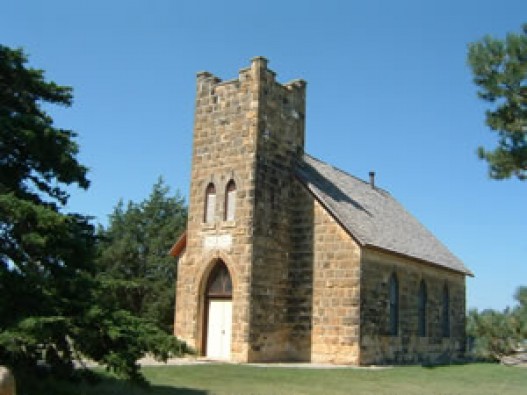 The WaKeeney Municipal Building was a project planned in 1937 by the Work Project Administration (WPA) as part of the President Franklin D. Roosevelt’s New Deal initiative. It incorporates native limestone blocks in a modern design, with a broad staircase that leads up to a sheltered portico.

The Wilcox School, a one-room schoolhouse located 16-miles south of WaKeeney, was built in 1886 with limestone quarried by area’s early settlers along the Smoky Hill River. They cut it from the river’s south shore and hauled the stone to the building site across natural fords or low-water bridges. Visitors can see this historic landmark up close by traveling south on Hwy. 283. 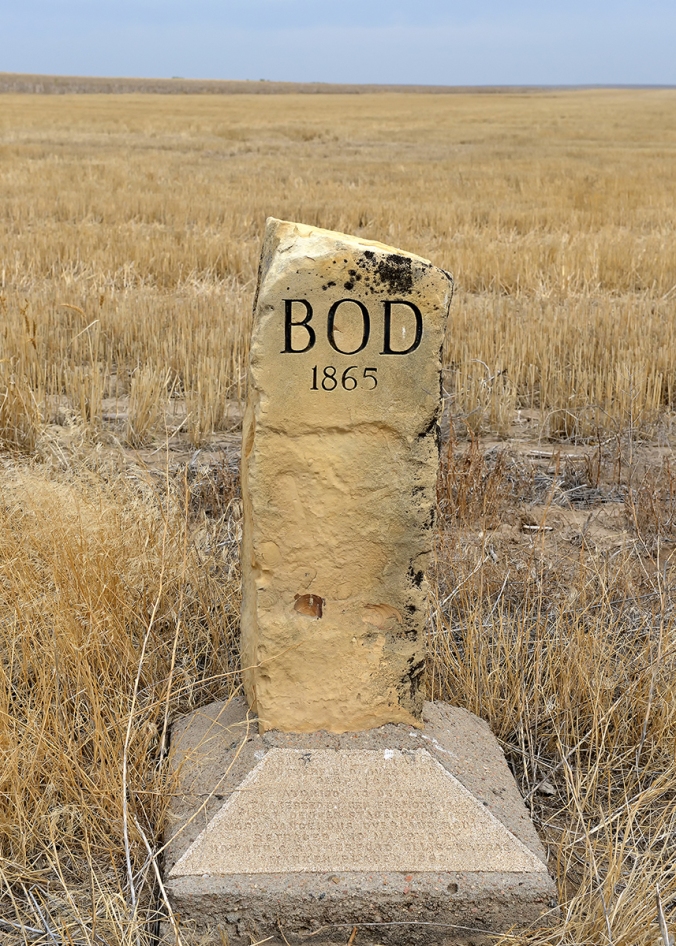 A more recent addition of Post Rock to our landscape are the B.O.D. markers travelers can follow along the historic route of the Butterfield Overland Despatch, Smoky Hill Trail. In 1960, Historian Howard C. Raynesford of Ellis, KS researched the location of the trail and had the posts erected at points where it crossed a North/South road. The markers are engraved with “BOD – 1865” and stand on a concrete base that offers more information.

To learn more about our region’s limestone deposits we invite you to visit the Trego County Historical Society Museum. Don’t forget to check out the Purinton Fossil Collection which includes many fine examples Cretaceous period creatures that were in both Niobrara and Post Rock limestone.